From a geographic perspective, Urban Aboriginal artists reside in parts of Australia that have been most effected by European colonisation. Generally speaking urban Aboriginal artists identify themselves with local generic terms for “Aboriginal”. The main groups being “Koori”, “Nyoongah”, “Nunga” and “Murri”, from the south-east, south-west, coastal South Australia and north-east respectively.

Urban aboriginal art came to prominence with the changing social climate of the 1970’s and has been a major force in the revitalization of Aboriginal culture. Prior to the 1970’s, Urban Aboriginal art was marginalised; seen rather as an aberration or oddity, being accepted neither within mainstream Australian art or within the Aboriginal art paradigm. With no obvious cultural links to “traditional” Aboriginal culture, urban Aboriginal art was generally thought of as inauthentic and irrelevant. The end of modernism and the emergence of post-modern discourse in the 1980’s, saw shift a in emphasis within cultural institutions, rather than seeing art at the periphery of the dominant cultural paradigm as irrelevant, institutional policy changed to one that celebrated difference and brought perspectives from marginalised sections of the community into the centre of the institution, this inclusiveness, brought about an acceptance and acknowledgement of Urban aboriginal art. Through the effects of colonisation, assimilationist policies and removal from and of traditional land, Urban Aboriginal artists are to varying degrees severed from their cultural heritage. As a result, urban Aboriginal art is stylistically diverse, combining both traditional and European forms. This position between two opposing cultures is unique and many urban artists critically explore this duality, the importance of these artists is in the closeness in which their own duality is a personification of a large part of Australia’s post-colonial situation.

For many Aboriginal artists of urban background, art is a way of rediscovering and re-developing the link to their indigenous cultural heritage while simultaneously critiquing European colonialism, culture and its effects upon the lives of indigenous Australians.

William BARAK, Wurundjeri c. 1824-1903, Figures in possum-skin cloaks 1898, pencil, wash, charcoal solution, gouache and earth pigments on paper 57 x 88.8 cm (sheet). Apart from its beauty, the art of William Barak is significant in that it records the lives of his contemporaries and their interaction with British colonialism.
Both artists began using materials such as pencil, charcoal, crayons and paper to depicting scenes of contemporary Aboriginal life. Tommy McRae began working in the 1860’s acquiring a number of patrons, who commissioned him to produce drawings of hunting, ceremonies and other aspects of contemporary aboriginal life, much of McRae’s work also depicts scenes that include settlers and Aboriginal people interacting. McRae’s work was also used to illustrate two books of Aboriginal stories published in 1896 and 1898.

In a series of charcoal drawings, William Barak recorded the daily life at Coranderrk Aboriginal Station where he lived. Both of Barak and McRae’s work was highly regarded during their lifetime, though their art they where able to transcend the negative stereotypes of indigenous people commonly held at the time.

During the early 20th century the most significant Urban Aboriginal artist was Albert Namantjira. Namantjira was taught traditional European watercolour techniques by Melbourne artists Rex Batterby and John Gardner in the 1930’s. He showed a marked talent for the depiction of the desert landscape. Namantjira’s first exhibition was in 1938 and met with instant success. Namantjira’s art resulted in the creation of an entire school of watercolour painters known as the Arrernte group, which still continues today. Prior to the establishment of the acrylic painting movement at Papunya in 1971, this school of watercolour painting was the major portable art being produced in the central desert region. Namantjira’s art also had an impact on other generations of Aboriginal artists who did not use the medium of watercolour, these artists include Lin Onus and Ginger Riley.

Held at the Contemporary Art Space in Sydney, Koori Art 1984 was a watershed exhibition for urban Aboriginal artists. The show brought together twenty-five artists including Avril Quaill, Fiona Foley, Gordon Syron, Michael Riley, Lin Onus, Trevor Nicholls and Arone Meekes. These artists showed little interest in mimicking contemporary international art and predominantly made work in a social realist style that looked beyond the aesthetic to the cultural and political concerns of Aboriginal people. The Exhibition was met with mixed responses; seen as an aberration from the norm, it was criticised as not really being Aboriginal art but a second rate art that was based upon a European visual lexicon. Although well attended by key art world intelligentsia, the artworks in the exhibition were considered a fad and failed to rate a mention in any of the key Australian art journals. Despite this, the exhibition was the first that concentrated upon contemporary urban Aboriginal art, and was a harbinger to a major change in emphasis in Australian art from one based upon predominantly aesthetic concerns to one based upon social commentary. Most importantly, the exhibition brought urban Aboriginal artists together for the first time making them aware that they were not alone but part of a group that shared similar aspirations. In 1987, key artists from this exhibition went on to form the Boomalli Aboriginal Artists Cooperative. The Cooperative maintains the collaborative and social contact that had begun with Koori Art 1984 by providing studios and exhibition spaces, it also acts as a platform that promotes urban Aboriginal art on both a national and international level. Though exhibitions like Koori art 1984 and the establishment of collectives like Boomali, institutional acceptance of the work of Koori artists has eventuated, and a number of works from Koori Art 1984 have been acquired by major public galleries.

Since the 1990s urban aboriginal art has grown in significance, there has also been a shift in the acceptance of aboriginal art in general from being marginalised, regarded as an art on the periphery, to joining the mainstream of contemporary Australian art. Though a fear of being pigeon holed, many urban aboriginal artists such as Gordon Bennett, Tracey Moffatt, and Lin Onus, first and foremost regard themselves as artists. To many Urban Aboriginal artists the term “Aboriginal Artist” is in itself a form of marginalisation that creates an expectation that their work is singular in content, only dealing with issues of Aboriginality. As an “Artist” they explore ideas outside of Aboriginality. For instance, Gordon Bennett’s latest work has concentrated on issues concerning terrorism and the invasion of Iraq by the “coalition of the willing”.

Sally Morgan, Another Story, 1988 limited edition screen-print of 95. ‘Another story’ presents an Indigenous perspective to the Australian Bicentenary, one of invasion and survival. The print symbolises the use of Aboriginal slave labour to create Australia’s highly successful pastoral industry Arc004smUrban Aboriginal artist Richard Bell with his win of the Telstra Indigenous Art award in 2003 was a further affirmation of the importance of urban indigenous art to the Aboriginal art lexicon.

With the commitment to active political expression by urban Aboriginal artists that began with the social revolution of the 1970’s, printmaking, a medium that is both inexpensive and able to reach a large audience became a popular, powerful means of expression for many urban Aboriginal artists. Ironically, the first aboriginal printmaker, Kevin Gilbert produced a set of linocut prints between 1965 and 1968 while incarcerated in Long Bay Gaol. Gilbert was a playwright, social activist and artist, and as with many koori artists, his art and writing was primarily concerned with social justice and equality for Aboriginal people by reconnecting, re-establishing and maintaining traditional indigenous values.

The use of printmaking as an effective political tool became most evident during the Australian Bicentenary in 1988.

The feelings of loss generated from the Bicentenary, resulted in the creation of numerous artworks by urban aboriginal artists that were critical of the event and of European occupation. Printmaking, through the creation of dozens of posters, was used as a powerful voice of protest. Of the many posters produced a few of note are Kevin Gibert’s “Treaty 88”; Wendy Dunns’s “Australia Day ( Australia Day = Invasion Day, 1988-Whats there to Celebrate); Karen Casey’s screenprint “Landrights” and Sally Morgans ‘People United in Sorrow”.

Urban Aboriginal artists have played a key role in the development and advocacy of printmaking as an important medium not only within an urban context but as a viable medium of expression for the Aboriginal community as a whole. Aboriginal Art Prints recognises Urban Aboriginal printmakers important role within the reaffirmation of Aboriginal culture and stocks limited edition prints by many of Australia’s most important artists, including Sally Morgan, Ian Abdulla, Arone Meekes, Karen Casey and Bronwyn Bancroft to name but a few. 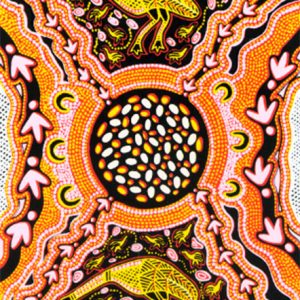 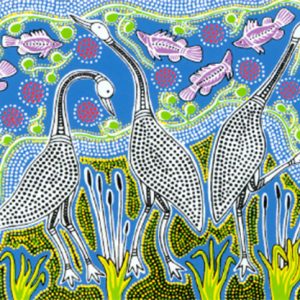 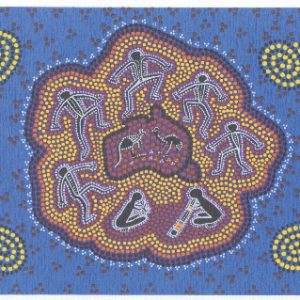 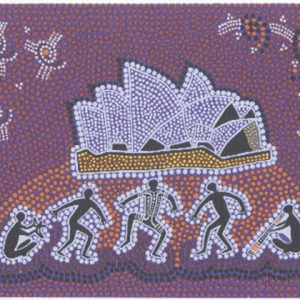 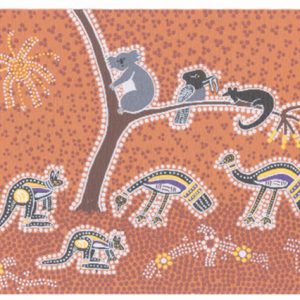 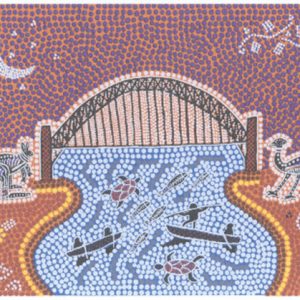 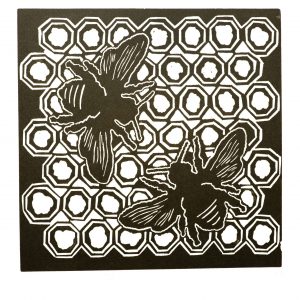 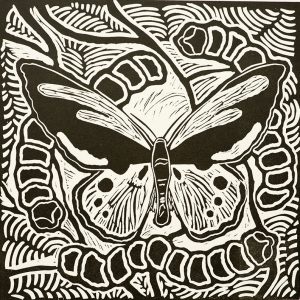 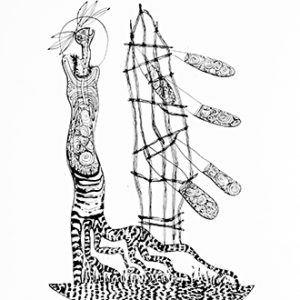 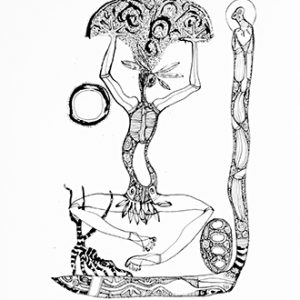 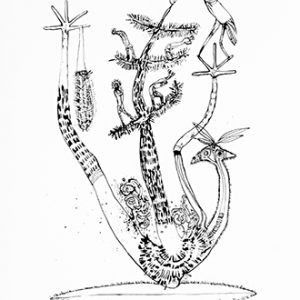 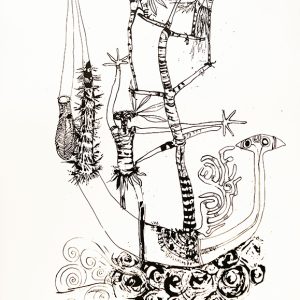 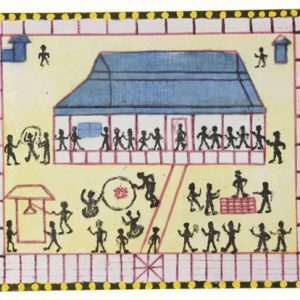 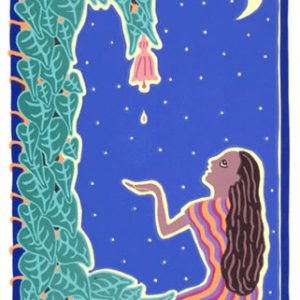 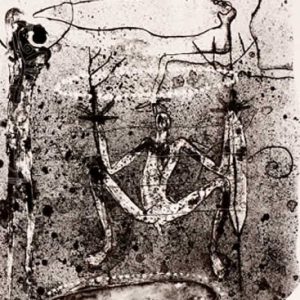