The painting of totem designs is particularly important to Tiwi people. Each skin group has its own set of designs that are painted on sculpture, Tutini (mortuary posts), Tungas and the body during ceremony. The body designs could be seen as having equivalence with religious dress of other cultures; they visually signify the person’s seniority, clan, totem affiliations and ceremonial function at given times of the Tiwi cosmological calendar. Visually, the main characteristic of Tiwi art is it’s geometric and abstract nature, these sacred designs are also open, within reason to personal interpretation by individual artists. The Tiwi as a people rate innovation highly and it is through this innovation that Tiwi artists have in recent times greatly expanded their art by the exploration of new mediums, such as printmaking, fabric design, works on paper, acrylic and ochre on canvas.

Consisting of Bathurst and Melville Island, the Tiwi islands are located in the Arafura sea about 80 km (50 miles) North of Darwin in the Northern Territory. The islands cover an area of approximately 7,800 square kilometres; after Tasmania these two islands are the largest in Australia. Ecologically, the Tiwi Islands are a land of abundance, and include many different environments from coastal savannah and mangrove areas that are a rich breeding ground for many forms of marine life to lush, rainforest areas, that are a source of numerous bush foods and medicine. Due to changing sea levels, the Tiwi Islands have a number of times been periodically joined to the Australian mainland. It was during these periods that Aboriginal people migrated to the area. Since a rise in the sea level 4000 years ago, the Islands have been separate, and as a result the Tiwi people have developed a culture and language that is very distinct from mainland indigenous communities.

Tiwi literally means “we people”. During a period without outside contact that lasted for thousands of years, the Tiwi believed that they were the only people in the world. As a result of this isolation the Tiwi have developed a rich culture that is very distinctive from their mainland neighbours. The practices of bone pointing, singing to death and use of weapons such as boomerangs, shields and woomeras are not part of Tiwi culture. The Tiwi are famous for their double headed clubs, Pukamani poles (tutini) and intricately painted bark bags (tunga) that are used for Pukamani (funeral) ceremonies. The islands can be divided into 9 territorial groups that each control their own particular country, these clans control all hunting, food gathering and ceremonial law within their area. Each clan consist of a number of distinct skin groups that were developed during the Parlinari (creation period) when ancestral beings inhabited the islands. Due to various historical events these beings turned into the animal totems that they represented. For instance, the crocodile hunter turned into a crocodile after being chased by hunters into the sea, his wife the Broga women, (Tilardi) turned into the actual bird. Tiwi people are members of these various animal totems and at a social and spiritual level this clarifies relationships with other clan members. These totemic relationships strictly govern behaviour and social obligations, people without totem affiliation are considered non-persons and it is not unusual for outsiders whom are residing on the islands for a long period of time to be accepted via an assignment of a totem or skin group. Disputes between tribes are rare and mostly resolved through a native court, cases of adultery are considered most serious, and It is seen as acceptable for and adulterer to be wounded with a spear as retribution for their crime. Much of the Tiwi culture and social system is based upon stories surrounding the Pukamani burial ceremony, With no written language, the history and culture, story and law have been handed down from generation to generation via, song, story, totem design, sculpture and dance.

The people of the Tiwi Islands were some of the first Indigenous Australians to experiment with printmaking processes. Printmaking started at Bathurst Island in 1969, though the encouragement of Madeline Clear an art teacher at the Central Mission School. Early Tiwi prints were by school children, designs were applied for decoration of fabric used for such purposes as table cloths and dressmaking and were quite representational, holding little relationship to the traditional Tiwi visual lexicon.

It was from these initial experiments that in 1975, Tiwi Designs, a company devoted to the design and production of hand printed fabrics, began. With the help of arts coordinator Diana Conroy, Tiwi artists Bede Tungatalum and Giovanni Tipungwi began to experiment with the screen-printing of traditional designs normally painted on bark. The company is still in existence today and is an important part of the Tiwi economy. With this initial introduction of printmaking techniques, Tiwi artists are now some of the most prolific and experienced producers of limited edition fine art prints in indigenous Australia. 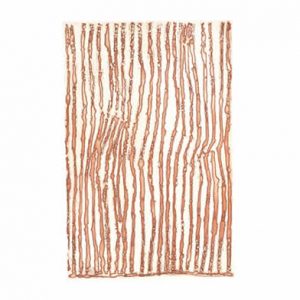 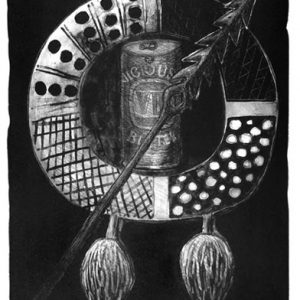