Being one of the earliest regions to produce prints, Arnhem Land Aboriginal artists began first experimented with printmaking in the 1970’s. The strong graphic style of Bark painting transfers well to modern printmaking techniques, and as a result Arnhem Land produces some of the most evocative and beautiful limited edition prints currently being produced in Australia. Aboriginal Art Prints has an extensive collection of limited edition prints from all major communities in the Arnhem Land region. Including Maningrida, Oenpelli, Ramingining and Yirrkala. Artists of particular interest from this region of Australia include:

Several languages are spoken across Arnhem Land and it not uncommon for aboriginal people fluent in a number of these languages. Clans within Arnhem Land have similar forms of social organization; link to Aboriginal social organisation holding many Dreamtime stories, ceremonies and beliefs in common. These common social structures, ceremonies, relationship to the land, animals and ancestral beings are reflected and expressed in the art of the region, many of the dreaming stories spreading across the land linking different clans, thereby attaining a wider significance. The most prominent of these Dreamings are the Rainbow Serpent, the Wagalag sisters, the Djang’kawu and Barama and Lany’tjung, all of whom figure in major ceremonial cycles. The sandstone plateaus surrounding the lowlands of Western Arnhem Land contain galleries of spectacular rock art. The oldest paintings in existence are dated at over 18 thousand years old, and geological evidence suggest that rock art has been practiced in Arnhem Land for at least 50,000 years. Through studies of environmental changes and the sequence in which images have been overlaid, archaeologists have been able to roughly determine the developmental sequence of rock art. The earliest images where imprints of hands and plants, followed by images of animals and figures in what is called the ‘Mimi” or dynamic style of rock painting, about ten thousand years ago the sea level rose, bringing it closer to the escarpment and resulting in paintings of sea life and the Rainbow Serpent which is associated with water. The famous x-ray style painting is believed to have come into existence about three thousand years ago, and the most recent rock paintings, depict Macassan and finally European contact.

Unlike other regions of Australia, a European market for Aboriginal art has been in existence in Arnhem Land since the early 1900’s. Anthropologists and collectors demanded a portable form of art and this in turn stimulated a large increase in the production of bark painting. Due to the nature of the medium, the exact history of early bark painting remains a mystery as opposed to the more permanent rock painting. Bark painting was defiantly in existence before European contact though, with early bark paintings formed the walls of huts that were used for shelter during the wet season. The earliest surviving barks were collected from Essington Island in 1838. It is interesting to note that most early bark paintings are contained with museums, rather than art galleries, they were thought of as ethnographic oddities and it was not until the late 20th century that attitudes changed and bark painting started to be taken seriously as a form of contemporary Australian art.

Culture and art in Arnhem Land is centred around four communities, Oenpelli in the west, Maningrida and Ramingining in Central Arnhem Land, and Yirrkala in Eastern Arnhem Land. Central and Western Arnhem Land is famous for it’s x-ray style painting, which displays the internal organs of animals as part of the design, the painting here is essentially figurative in nature, with the figures being painted using crosshatching (rarrk) while the background of the painting is left bare. Bark painting from Eastern Arnhem Land is more abstract with the entire surface of the bark being painted with complex crosshatched designs. It should be noted that this division of style by region, is only loosely true, there are many other factors that determine the visual components in Arnhem Land Barks, For instance the type of landscape the artist lives in, the subject of the painting and the artists, clan, language affiliation and moiety affiliation of which there are two, Dhuwa and Yirritja; moiety affiliation ultimately determines which designs and patterns the artist has a right to depict.

Specific styles of crosshatching are practiced by and identify different clans. In the west this hatching is called rarrk and the east they are known as Miny’tji and Dhuland. Apart from bark and rock painting, Rarrk is used for a number of functions, most importantly for ceremonial body design; the Raark’s visually striking, optical effects are believed to be a manifestation of ancestral and spiritual power.

Arnhem Land is one of the most complex and culturally intact areas of Aboriginal Australia, this article gives only a small insight into the rich culture within this region. In the future Aboriginal Art Prints will feature more articles concentrating on particular communities, as well as some of the important dreamtime stories from this region.

Being one of the richest Aboriginal art regions in the country, Arnhem Land covers an area of 150,000 square Kilometres in Australia’s Northern Territory. The region is an area of abundance that encompasses many different environments, from its large river systems such as the East Alligator River, lagoons, jungles, forests and coastal mangrove areas. In Western Arnhem Land the environment is dominated by a great sandstone escarpment that contains thousands of Aboriginal rock art galleries, within these galleries are some of the earliest surviving paintings in Australia. Arnhem Land is the renowned for its bark painting, and with exception the Tiwi islands and North-east Kimberley, this art form is unique to the region. Other traditional portable art forms produced here include, sculpture, burial poles and weaving.

The main communities in Arnhem Land are Oenpelli, Yirrikala, Elcho Island, Ramingining, Maningrida and Milingimbi. The art from these regions varies in style and story. In Western Arnhem Land it tends to be figurative and narrative based while in Eastern Arnhem Land the art is characteristically abstract.

Though Arnhem Land was one of the last regions in Australia to be colonised, it was also, through its closeness to Indonesia one of the first areas to have any contact with people foreign to the Australian mainland. This early contact was made with Macassan Fishermen in Eastern Arnhem Land and dates back three or four centuries. Contact with the Macassans was amiable, some aboriginal people travelled with the Macassans to Indonesia, while the Macassans left crewmembers in Australia in order to learn the languages and act as interpreters. This contact also resulted in limited trade, as well as some influence to the cosmology and technology of Eastern Arnhem Land. For instance, parallels can be made between the abstract patterns of Eastern Arnhem Land Bark painting and Indonesian Batik. There are many rock paintings within the region that depict the sailing boats that brought the Macassans to Arnhem Land’s shore. Regular European contact began in 1824 with the establishment of Fort Dudas on Melville Island and Fort Wellington in 1829 on the Cobourg Peninsula, 200km from Darwin. Both these settlements were soon abandoned and it was not until 1869 that Palmerston (Darwin) was permanently established in the Northern Territory. Arnhem Land was declared a national reserve for Aboriginal people in 1931, which lead to an increase and re-invigoration of cultural activity within the area. Settlements and missions that had been well established, became the service centres for the region. In communities such as Maningrida, Art centres were established. These centres provided a way to promote Aboriginal art to the outside world, which in turn created economic and social autonomy for the people of Arnhem Land. 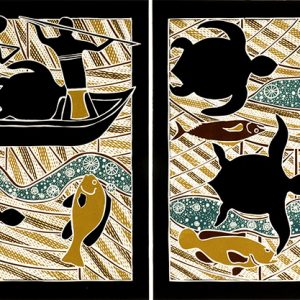 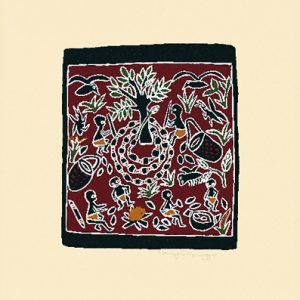 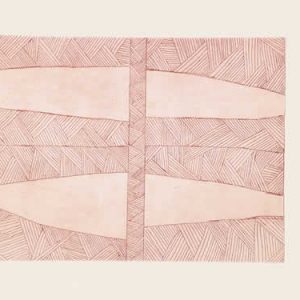 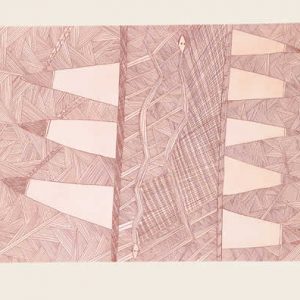 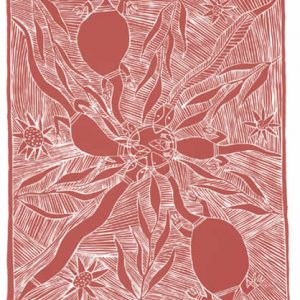 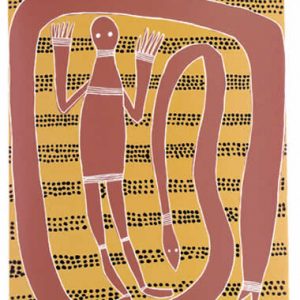 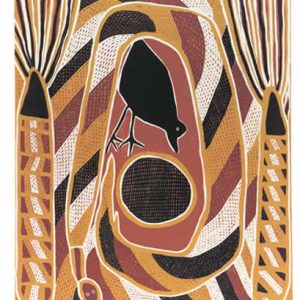 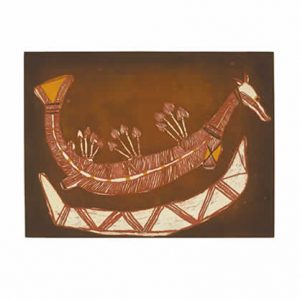 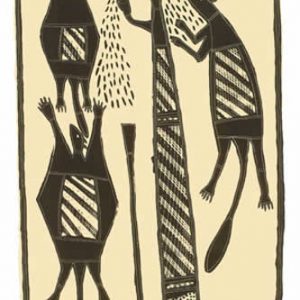 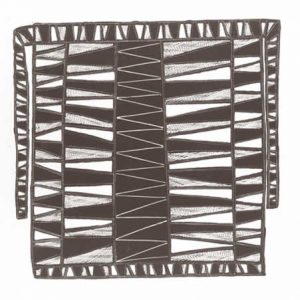 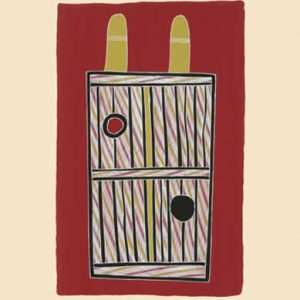 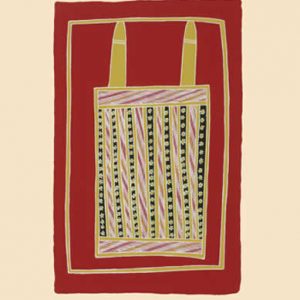 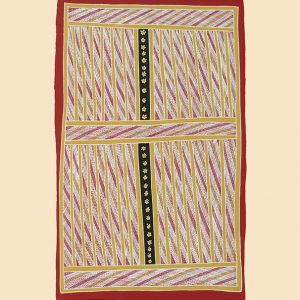 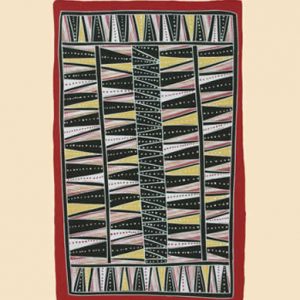 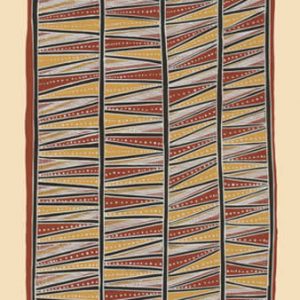 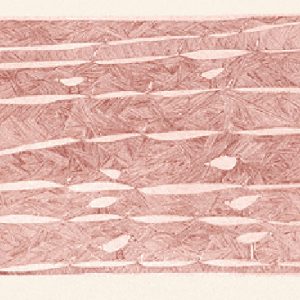 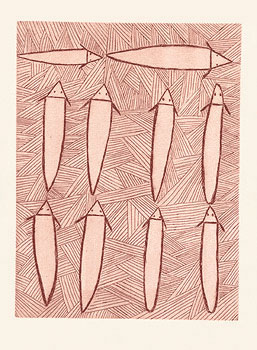 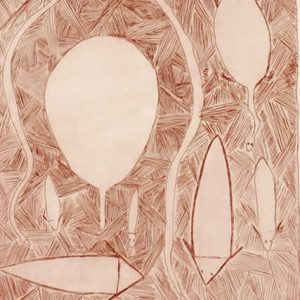 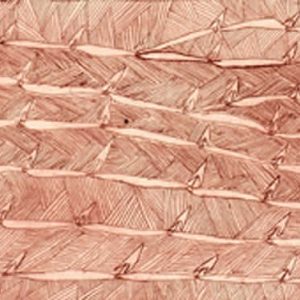 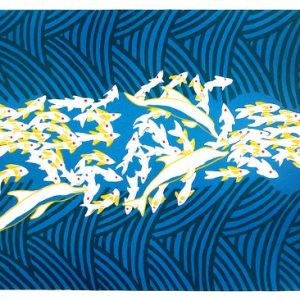 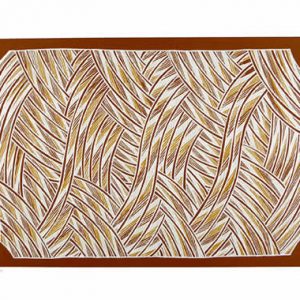 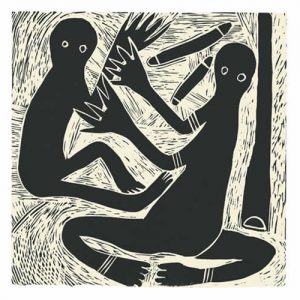 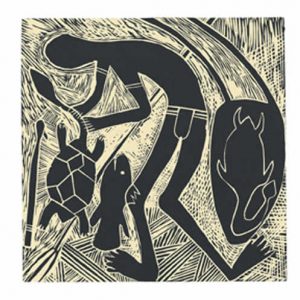 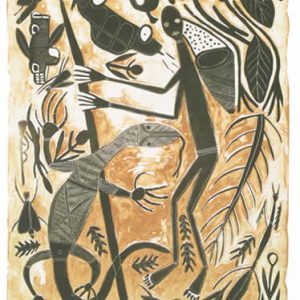 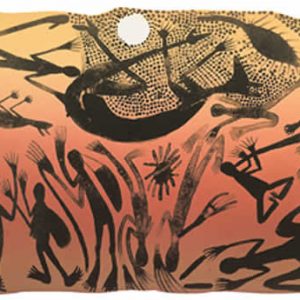 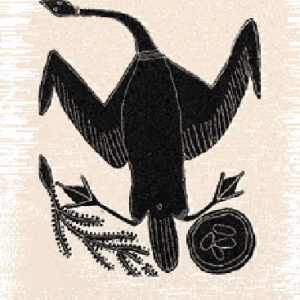 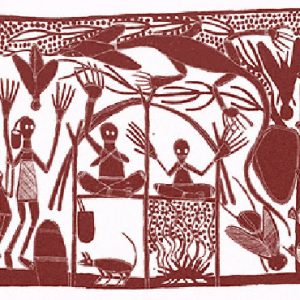 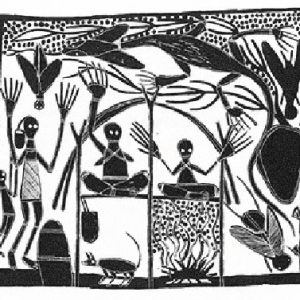 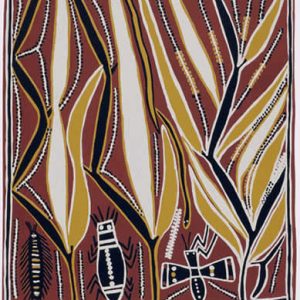